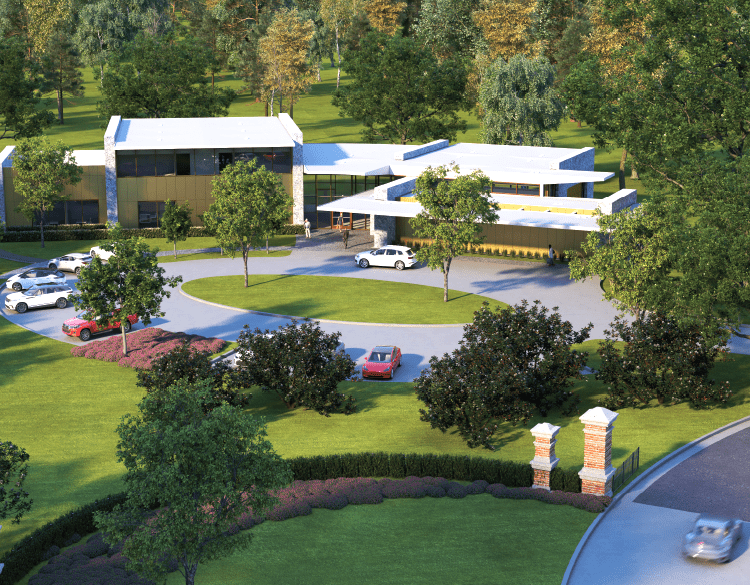 The History of Glenwood

These individuals represent just a few of those who are buried at Glenwood and have changed the landscape of Houston. Physician who served as the last President of the Republic of Texas, and later became known as the “Architect of Annexation” for his role in annexing Texas into the Union.

Most notably during his administration, he insisted that the Republic set up a university system for higher education.

Established the first Masonic lodge in Texas, Holland Lodge #36 and helped found the Medical Association of Texas in 1853. Regarded in Texas History as “The Mother of Houston”. She used her inheritance, along with her husband, Augustus C. Allen and his brother John Kirby Allen, to purchase half a league of land along Buffalo Bayou for $5,000 in 1836, advertised
as “Houston”.

She is a founding member of many of Houston’s key civic and cultural institutions, and donated the city block known as Market Square where City Hall still stands. Joined his father at Baker, Botts, and Baker where he was the personal attorney of William M. Rice.

After Rice’s murder in 1900, he brought to justice those responsible and saved the Rice fortune that endowed the Rice Institute, now Rice University.

Captain James A. Baker Instrumental in creating Glenwood as a nonprofit institution. Herman co-founded Brown and Root in 1919 with his brother-in-law Dan Root, joined by George in 1922.

Brown and Root was the builder of many large-scale facilities including the Marshall Ford Dam, now Mansfield Dam.

During WWII, at the request of the Navy, they founded the Brown Shipbuilding Company, producing over 350 warships by the end of the war.

Founded the Brown Foundation along with their wives, Margarett Root Brown and Alice Pratt Brown in 1951, which has distributed more than $1.85 billion in grants
across the state of Texas and elsewhere in the country. Known as a business magnate, aviator, film director and producer, investor, philanthropist and one of the world’s richest people at the time of his death.

Formed Hughes Aircraft Company in 1932 and established the Howard Hughes Medical Institute in 1953. Founded Roy M. Huffington Inc., an independent, international oil and gas exploration company in 1956 and served as Chairman of the Board and CEO.

Inducted into Texas Business Hall of Fame in 1992. Performed the first successful human heart transplant in the US in 1968 and the first human implantation of a total artificial heart in the world in 1969.

Founded the Texas Heart Institute at St. Luke’s Episcopal Hospital in 1962, where he served as surgeon-in-chief for over 40 years.

Received the Medal of Freedom, the nation’s highest civilian award. Bob McNair was a businessman, sportsman and philanthropist in Houston for more than 50 years.

Founded a family trust that owns McNair Interests – a real estate and investment company, the Houston Texans and The Robert and Janice McNair Foundation.

Returned NFL football to Houston in 2002 and served as Houston Texans founder, senior chairman and CEO.

Co-funded multiple charitable foundations with his wife and gave more than a half billion dollars to community organizations.

See More
In the Beginning

Newspaper accounts of the late 1800s cited the growing popularity of the cemetery as a tourist destination, referring to it as a “resort” and “one of the most beautiful spots in Texas” and credited Glenwood as having thousands of visitors on All Saints and All Souls feast days. Houston Cemetery Company was formed by an act of the Texas legislature. The cemetery opened as Texas’ first rural garden cemetery and the “Glenwood” name was adopted.

The first burial was Eddie Masterson in June of 1872. Glenwood Cemetery Association, a non-profit body, was formed to take over the management of Glenwood. Former southern boundary of Glenwood, Memorial Drive was constructed, which changed the boundaries of Glenwood. Buffalo Bayou was re-routed, increasing the size of Glenwood from 55 to 65 acres. The Belvedere area of Glenwood was developed out of a large gully, bringing in 4 1/2 acres of additional burial space. 2007-2010
The Future of Glenwood
As we envision the next 150 years, we hope to not only provide for the needs of the cemetery and its families but allow current and future Houstonians to better experience this museum of beauty, preserved in the heart of the city and to gain a greater understanding of the history of Houston and beyond through the lives and legacies memorialized here.
The Future of Glenwood The 10-acre Skyline Meadow section was developed, overlooking a 1 1/2 acre lake, which serves as both a water feature and the cemetery’s primary water source for irrigation.

A Building Committee, led by Lora Jean Kilroy Wilson, created the comprehensive vision for the future of Glenwood, and the Campaign for The Center for Glenwood was launched. Aerial photo shows Glenwood’s new state of the art Maintenance Facility. Development included a connecting road between Glenwood and Washington Cemetery and the creation of Washington View, a 2 1/2 acre section of land opened up for future burial sites. Groundbreaking for the new Center for Glenwood, turning the page to a new historic chapter in the life of Glenwood Cemetery

The Center for Glenwood will provide a place to gather for families, visitors, and community members alike, a place to host events, such as educational seminars, a place to research and connect with the history and legacies memorialized at Glenwood and a place that will help the community to experience all that Glenwood has to offer.